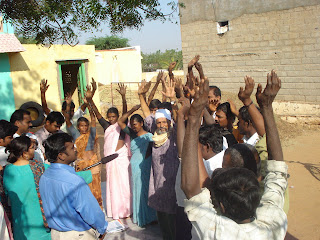 
Mumbai: Farm suicides in Maharashtra rose dramatically in 2006, more than in any other part of the country. The State saw 4,453 farmers’ suicides that year, over a quarter of the all-India total of 17,060, according to the National Crime Records Bureau (NCRB) in its report Accidental Deaths and Suicides in India, 2006. That is the worst figure recorded ‘in any year for any State’ since the NCRB first began logging farm suicides.
The previous worst — 4,147 in 2004 — was also in Maharashtra. It has seen ‘36,428 farmers’ suicides’ since 1995, ‘in official count.’ ‘2006 is the latest year for which data are available.’
The suicides in Maharashtra mark an increase of 527 over the 2005 figure. This was four and a half times bigger than that in Andhra Pradesh, the next worst-hit State, which saw a rise of 117 farm suicides over 2005.
It was also more than twice the increase of 198 in Madhya Pradesh and Chhattisgarh taken together.
Worse, it means farmers accounted for half ‘the increase’ in all suicides in Maharashtra in 2006.
Significantly, Maharashtra’s upward spike occurred in the year when the relief packages of both the Prime Minister and Chief Minister — worth Rs. 4,825 crore in all — were being implemented in the Vidharbha region, where suicides have been most intense.
The NCRB figures show an unrelenting uptrend in what can be termed the ‘SEZ’ or (Farmers) ‘Special Elimination Zone’ States. These States, which account for nearly two-thirds of all farm suicides in the country, include Maharashtra, Andhra Pradesh, Karnataka and Madhya Pradesh (including Chhattisgarh).
As a group, the ‘SEZ’ States saw an increase of 6.2 per cent in such deaths.
Among them, Maharashtra (4,453), Andhra Pradesh (2,607) and Madhya Pradesh-Chhattisgarh (2,858) show a sharp upward spike.
Karnataka (1,720) reports a decline. So though the all-India numbers for 2006 reflect a very small decline of 61 over the 2005 figure of 17,131, the broad trends of the last decade continue. And the trend of rapidly rising farm suicides, particularly post-2001 in the ‘SEZ’ States, remains unchanged.
So the minuscule decline in the figure for the country as a whole marks no break from the dismal decade-long trend.
NCRB data record 1,66,304 farmers’ suicides in a decade since 1997.
Of these, 78,737 occurred between 1997 and 2001. The next five years — from 2002 to 2006 — proved worse, seeing 87,567 farmers take their own lives.
This means that on average, there has been one farmer’s suicide every 30 minutes since 2002.